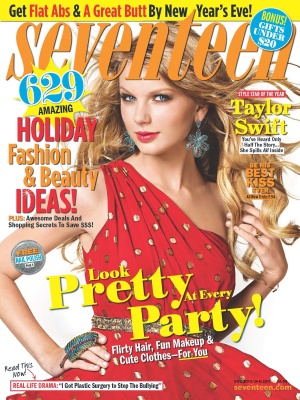 They say that familiarity breeds contempt. Taylor Swift has had a meteoric rise in her career and we’ve seen her picture on the cover of almost every magazine, with the possible exception of “Popular Mechanics”. Now the media is pouncing on every freckle and flaw, as they usually do.

Every twenty years or so, people resurrect sayings that emulate quotes from the Tom Swift stories dating back to 1910 written under the nom de plume of Victor Appleton. “Tom Swifties” are quotes such as, “I like modern art,” said Tom abstractly.

It seems only fair that this time around we update it as “Taylor Swifties,” especially since more people know Taylor Swift than Tom Swift.

“We’re never, ever, getting back together,” said Taylor, finally.

“The stage needs to be brighter,” Taylor offered lightly.

“I think I’ll dump my boyfriend,” Taylor said with abandon.

“I can’t wait to get out of this stage costume and into some jeans,” mentioned Taylor casually.

I guess I need to bring this blog to an end – swiftly.

One response to “Taylor Swifties”