People See What They Want to See 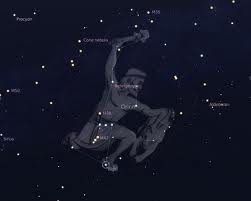 We’ve all read about the JC Penney teapot that “looks like Hitler.”

I guess it’s no more of a stretch of the imagination than seeing the constellations of stars as people and creatures.

Then there are the people who see Jesus in a potato chip or Mary, His mother, on a piece of toast.

The ancients believed that their gods and legends were real, so they naturally expected to see evidence of them in the sky.

On the other hand, I suspect that no self-respecting (or even non self-respecting) neo-Nazi group would subliminally communicate via a teapot – especially from a main stream retailer.

Some people see the failings and shortfalls of others, and the differences that divide us. Others see potential and opportunity and how we share a common future.

Jesus saw the potential among the fishermen, tax collectors, prostitutes and lepers. Others saw their low social status, their failings and their sinfulness.

What do you see?

2 responses to “People See What They Want to See”