I often “write in my head,” developing an idea so that when I sit down at the keyboard I at least have a conceptual idea as to what I’m going to write. This is one of those blogs. Unfortunately, I may have done such a thorough job of thinking it through that I actually believed I did write it. I looked through the recent archives and didn’t see it.

So, if this is, in fact a repeat, I apologize. 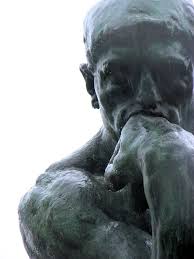 In the first “Indiana Jones” movie, Indy advised his archeology students that they will be seeking fact. If they wish to seek truth, they should be in a philosophy class.

I often accept the two terms as similar, if not identical, but I’d like to propose that they are quite different in several aspects. Initially I looked at truth as being subjective; like beauty it is in the eye of the beholder. On the other hand, I accepted fact as an objective, provable, absolute datum that actually exists.

But then I got thinking. Facts are objective, but being objective only means that there is a finite measurement. Such measurements may be precise without being accurate. Saying someone is six foot tall really means that they are somewhere near that height. The measurement of their height is dependent upon the accuracy of the measurement and of the measuring device. To further complicate things, height can vary slightly throughout the day – did you ever have to adjust your rearview mirrors on the drive home after a particularly challenging day at work?

Our most precise measuring tools are not necessarily accurate. The meter (the metric measurement, not some type of gauge) was initially thought to be one ten millionth the distance from the equator to the North Pole, but it has been redefined several times. Currently it is defined as “the length of the path travelled by light in vacuum during a time interval of 1/299,792,458 of a second.” I don’t know about you, but I have trouble picturing that.

We’ve been measuring time in hours and minutes for centuries. However, we’ve had to adjust the calendar by weeks, and of course with leap years. Even so, as our measurements become more precise, we have to add leap seconds every few years.

So facts aren’t what they are cracked up to be.

On the other hand, truth is something we know to be true without the ability to prove it. We know it’s true that there is a God. We can’t prove it as a fact, but we accept it as the truth.

It’s probably why Jesus called himself “the Way, the Truth and the Light.”