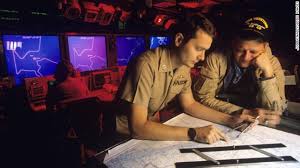 As you probably know, Tom Clancy the author who invented the techno thriller died yesterday. I always enjoyed his books – simultaneously wanting to know how the story ends and wanting the story to continue.

Clancy was supposed to speak at a Navy Supply Corps Workshop back in the 1980s. He was working on a book, and the story went 300+ pages longer than he had anticipated, so he sent a videotape instead. The book was “Clear and Present Danger.”

He then pointed out how he kept referring to himself as a “best-selling author.” He related how in the past he had sold insurance and people would cross the street so they wouldn’t have to talk with him. Now, everybody liked to talk with him.

“In other words,” he said, “the cure for leprosy is to write a book.”

Just one more story from a great storyteller.