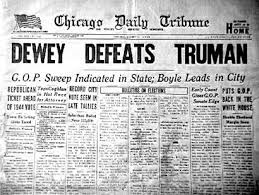 In the 1970’s, Fleetwood Mac, on their “Rumors” album had a song in which Lindsey Buckingham sang, “I’m just second hand news.” Little did he know that he was predicting the future.

I subscribe to the Virginian-Pilot, my local newspaper. Yes I get weekdays and Sundays, and yes, I actually read it.

I really don’t read the newspaper for the national stories. Everybody, and I mean EVERYBODY, runs the same news service stories. My understanding is that the once fierce rivalry among AP, UPI, Reuters, etc. has been reduced by the consolidation of companies and customer lists.

The end result? I see the same story in almost exactly the same words on CNN, NBC, ABC, CBS, ETC, etc. When I see it once again in my morning newspaper, I pass over it and read the stories generated by the local reporters and editors. These local stories tell me what is happening and how it might affect me. The local articles are also well researched, well written and enjoyable.

In the meantime, the on-line internet and on-cable providers continue to run the same material over and over. In some cases, they’ll change its location or even its title, but the same stories can continue to re-appear like zombies in a cheap movie. They try to jazz it up, but even the jazzy statements are regurgitated.

[Celebrity’s name] did WHAT?

Bottom line is that online I often encounter the same story in various forms on and off over a month.

So, Lindsey Buckingham – thanks for the prediction.