How Do Other Writers Do It? 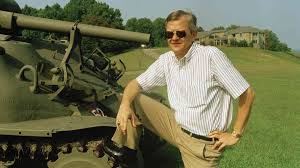 For about 20 years I wrote a humorous column for Administrative Radiology. I knew my characters, so when I had an idea, all I had to do was set the stage and the characters would take it from there. Before I sat at the keyboard, I would know what the story would be.

I began to wonder if thriller and mystery authors write the way I do, or if they use their own formula:

Chapter 3 – Bad guys get away with formula for methyl-ethyl-badstuff.

Chapter 4 – Hero, back in Washington, DC – introduced and brief background.

Do these authors know ahead of time to include a mention of the secret weapon/unknown relationship/unexpected weakness early in the story? Or, when writing chapter 75, do they have to go back and add it into an earlier portion of the book?

It really doesn’t matter – I’m guessing that they won’t tell us anyway.

This entry was posted in Media, Writing. Bookmark the permalink.