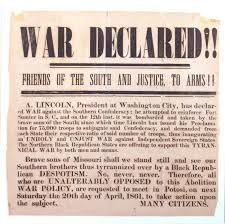 That’s right, it’s war – war against all the negativity that permeates the world.

All the media shows us are evil people, diseases and nut cases.

There have always been evil hordes – if it’s not the Islamists, it’s the Nazis, or the Mongols or the Peloponnesians.

At least we never have to yell, “Help! Help! It’s the Peloponnesians!”

There have always been diseases – especially back when everybody threw their trash and fecal matter into the street.

And there have always been nut cases who have this tendency to go into politics. Dueling tended to thin the herd, but unfortunately that’s no longer encouraged.

Now it’s true that we’ve already suffered some heavy casualties. John Belushi and Gilda Radner – gone. Same with Richie Pryor, George Carlin and now Robin Williams. We owe it to them as well as to Charlie Chaplin and Peter Bergman to close ranks and carry on the fight.

As for you? Find your weapon of choice, whether it be a whoopee cushion or the old arrow-through-the-head gag. If you have to resort to limericks or Weird Al Yankovic, you’re helping the cause.

Do whatever it takes to make someone laugh.

When we laugh they (and you know who THEY are) think we’re up to something.