The Abject Failure of the Department of Redundancy Department

I’ve been playing and working with computers for a long time. I know the importance of backing up my computers. The laptops back up to dedicated hard drives on my main computer.

My main computer backs up to a dedicated backup system that comes complete with hardware, software, cables and a steady supply of advertisements. It is set to do continual backups; anytime the hard disk has a change, the backup is supposed to catch it.

Naturally, if my computer is turned off, it cannot back up data; but I leave the computer on because when I’m not using it, I donate the computer cycles to several good causes through BOINC at the University of California Berkeley. My computer has contributed toward climate prediction, clean water, a better strain of rice, fighting several diseases, and the grand-daddy of them all, SETI-the search for extra-terrestrial intelligence (Seriously). Want to contribute your extra computer time? boinc.berkeley.edu

So when my computer died (bad power supply), I figured it was no big deal, all I needed to do was to restore the most recent backup. Unfortunately, out of all those systems, none had a useable, recent backup file. 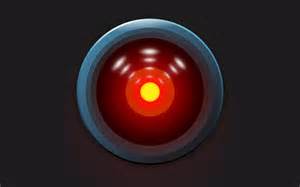 Fortunately, I was able to physically remove the hard drive and copy all the user files, so I think I’m okay. Unfortunately, it has not been painless.

You might want to double check your backup systems and see if they’re really, really backing up your data.

After all, you don’t want to open a file and jeif duw2 sjxnsj wi2ss, now do you?