The Death of a Genius, but Then Again… 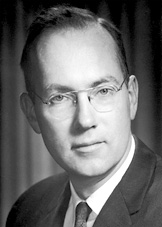 NPR began their story with “Charles Townes, a physicist who won the Nobel Prize for his part in the invention of the laser died Tuesday at 99.”

As a kid, I was fascinated by lasers. LASER—light amplification by the stimulated emission of radiation. Originally a ruby rod with a coiled light around it, lasers later became the heart of CD, DVD and Blu-Ray, optical cable, and a $3.99 pointer available at the checkout line at Wal-Mart. Oh, and after the fictional light sabers of Star Wars, it is now a potent weapon in the US military arsenal.

My first laser had been a positioning aid for a radiation therapy machine. It was in a box roughly 6 inches by 6 inches by 12 inches and required 110 volts AC power, but it didn’t change the fact that I finally had my very own laser!

Now, in my copious free time I’m building a high power green laser into the shell of a magic wand from an amusement park. My how things change.

After the laser, when it seemed that everybody was getting involved, Dr. Townes shifted to astrophysics where he contributed to the discovery of the black hole at the center of our galaxy. Geniuses are like that, they move on to new areas to investigate.

We read of scientists who decide that we don’t need God. So long as we have gravity the universe will form and life will follow. Such was not the case with Charles Townes.

News accounts reported that he died. Many of us would say that he’s merely moved on to a place where his curiosity and quest for knowledge will be finally and delightfully satisfied.