You may be out there on stage bopping with the best of them. However, that song, Time Is On My Side? You may have spoken a few decades prematurely. 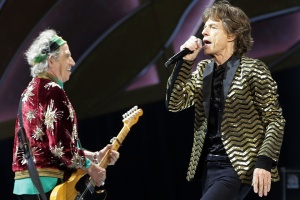 This past weekend was what some call a “soccer weekend.” Others call it a “Crime against Humanity” prohibited by the Geneva Convention. Why do I say this?

First, no matter how much you love soccer, until they make disposable soccer (excuse “football”)  shoes (excuse me “boots”) there are flaws in the system. Soccer is unlike baseball where teams take turns and the speed of play is determined by the pitcher. Some compare it to American football in which there’s a play lasting less than a minute, followed by a period of rearranging.

Soccer is played in halves, which depending on age last anywhere from thirty minutes to forty-eight hours, depending on age. (Those age groups that involve walkers take considerably longer and are regularly interrupted by cardiac emergencies).   There are no time-outs in soccer unless there is a significant injury to a player–and I mean there better be pulsating arterial blood or fixed and dilated pupils.

Now, take roughly a dozen teenagers, who already exude vast quantities of eau de hormone, and have them play three or four games WITHOUT BENEFIT OF A WASHING MACHINE!

Just as no good deed goes unpunished, evil people seek opportunities. With soccer, it was like Khan in Star Trek,  quoting from Moby Dick . “From hell’s heart I stab at thee; for hate’s sake I spit my last breath at thee.  When you are exhausted and the calendar predicts  a three day weekend, a soccer tournament I send unto thee…”

Mick,years ago I tried to face such things with at least a modicum of grace and acknowledge, “Well, I’m not twenty anymore.”

It’s not a large a leap to, “…not thirty anymore.” But now, when I have to say, “I’m not sixty anymore,” let’s just say that time may not be on my side.

However, while you’re preparing for your next tour, I’ve made it home. My son’s team placed second, and life is good.

Even if I’m not sixty any more.