Thanks, Bob, for Everything

When I was in high school, Robert Alan Gable, our assistant band director was fresh out of college and ready to rock and roll. After he finished teaching during the day, he played jazz at a night club until the wee hours. He taught saxophone, bassoon, oboe, flute, and percussion, but at the club it was sax and flute. The year I graduated, he joined Wayne Cochran and the CC Riders and we lost touch.

High school was not a particularly happy time for me, which is probably true for more teenagers than not. How did Alice Cooper put it in the song I’m Eighteen?

“Don’t always know what I’m talkin’ about.
Feels like I’m livin’ in the middle of doubt.”

Bob taught me how to play tenor saxophone and bassoon, but more importantly, how to truly love music. He was a teacher and a mentor who provided encouragement that eventually grew into confidence.

Last year he was inducted into my high school’s Music Hall of Fame, and I had a chance to see him for the first time since high school; we picked up as though the hiatus had been days instead of decades. Bob’s health had failed him, which tied him to an oxygen tank and a wheelchair, and he had retired. Tom Batiuk the cartoonist graciously did a drawing of Harry Dinkle (the World’s Greatest Band Director) for the occasion. (If you don’t follow his comic strip “Funky Winkerbean,” you should.) After that Bob and I chatted on the phone every so often. We never had anything significant to talk about, but it was time shared.

The last time I called I got a recording that his number was no longer accepting calls. I expected the worst. Today I received an email with his obituary.

The journey through life is short, but we all leave footprints that mark our journey. Many of us who walked with him for part of his journey are better for it. Thanks, Bob.

I have a fascination with the Venus Flytrap. While there are a number of carnivorous plants, most trap bugs by being sticky or having a shape that provides an entry without an exit. The Venus Fly Trap, on the other hand has adapted its leaves to attract insects and the end of the leaves have taken a shape that is actually a trap. When an insect touches trigger hairs inside the trap, the trap snaps shut, with the insect now relegated to the role of dinner.

Giving it a feminine name, much less the name of a goddess, just adds to the appeal.

But even plants of such exotic nature have their own unique beauty, as seen in the delicate white flowers of the flytrap. 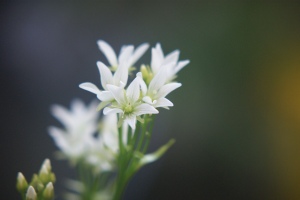 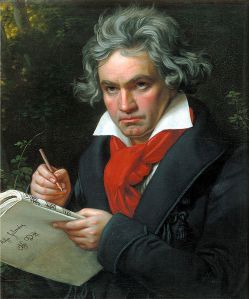 I play @ several musical instruments. I actually learned (somewhat) to play clarinet, bassoon and tenor saxophone well enough to survive in high school and college, but those days are long gone. Today, I play @ guitar and drums.

Playing @ means playing for therapy, not to (finally) become musically competent. I enjoy playing @ because it’s music just for fun—no pressure. Although…….

I do have to admit that if I had the chance to play music with a couple of other guys in a garage band, I’d do it; but not too late. I have to get up at 4:30 AM to get in my walk, so anything after 7:00 PM is iffy.

The morning walk has replaced the morning jog; playing @ has replaced being a student of music; neither the reading glasses nor the regular glasses are at the right distance for seeing sheet music. My hearing sort of works, but I can’t discriminate the voice of the person speaking to me in a restaurant if there are others talking.

However, I play @ on several instruments and I love every minute of it.

The Philosophy of Painting

Since I’ve submitted my final assignment for my on-line course with UC Berkeley, I’m hoping to blog more regularly.

Therefore, today, I painted our bathroom. It was an awful green—kind of bile-gone-bad green. We’ve been meaning to paint it from the day we moved in, but there kids, jobs, life, and everything else that took precedence. So, much later than we planned, it went from “that” green a light blue-grey/grey-blue.

I noticed that when I first started, I was meticulous about moving the tarp, keeping drips under control, and using the right brush or roller for each surface.

In my younger days, I would have cleaned and saved the brushes and rollers. At this stage, I know if I paint another room, I’ll pick up a new roller and pan as well as brushes, because it’s easier than finding where the old ones are. Besides, throwing away the old paint roller is probably more ecologically correct than using 600 gallons of water to clean up a dollar roller cover.

On that note, and since my fingers ache from holding brushes and rollers, I’ll end todays’ philosophical diatribe.

What Living in the South Means to Me

The current brouhaha about removing the Confederate Battle Flag from various public places in the South might be confusing to those of you living in other parts of the United States, foreign countries, and California. After all, when a war is over, the winner usually tells the loser to get rid of all the signs, symbols, and other objet d’art related to their adversarial positiion.

I was born in the North, and ancestors on my mother’s side fought for the union. My father’s ancestors weren’t yet settled, but did enter the New World through northern ports.

Ancestors aside, I have lived in three Southern States, accumulating over fifteen years south of the Mason-Dixon Line. I have studied the history of the South and of the Civil War. Here’s my synopsis:

The South wanted a divorce.

The North sis not.

The North prevailed, so like people who stay married “for the sake of the kids” they remained married.

On a More Personal Note

To me, the South means “Clean Eyeglasses.”

You walk out of your air-conditioned house into the heat and humidity, and you wipe the fog off your glasses.

You get out of your air conditioned car, and you wipe off your glasses.

You are either constantly cleaning your glasses or you can’t see through the fog.

When the United States sought its independence, it created something new, but hardly perfect. Perfection requires that we continue to strive, not rest on our laurels.

Today we have the issues surrounding the battle flag of the Confederate States.

It’s time to steer things in a better direction. 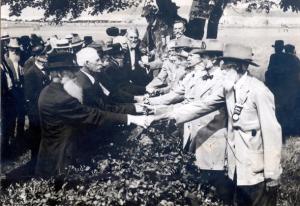 First: The Civil War is over. Many of those who fought were able to make their peace. Why can’t we?

Second: Most of those who fought for the Confederacy were not slaveholders; many were not even property owners. Generally the wealthy plantation owners did not fight as privates or sergeants—that was the role for the common folk who believed they were fighting for their homeland. It doesn’t take a great detective to figure out who convinced them of that. The white commoners, like the black slaves were just one more tool.

Third: Many black and white people today look back at their ancestors and want to take pride in their bravery in Viet Nam, Korea, and even the segregated military of the Second World War. It’s only natural to be proud if you find out you’re descended from a hero like Alvin York or Doris Miller.

Fourth: Great-great-grand pappy Jedidiah who fought as a corporal at Gettysburg is dead and gone. It doesn’t matter which side he fought on, it’s over, and as anyone who has experienced war will tell you, the best part is when it’s over and you go home. He would probably tell you, “Let it go.”

We are a stronger and better nation through Dr. Martin Luther King, Jr., Thurgood Marshall, Colin Powell, and Barack Obama. You may not agree with them individually, but history will not deny that the changes they brought about was important and good—even if some individuals do.

John Tyler, the tenth American president sided with the Confederacy, served in its congress, and was the only president to be proclaimed an enemy of the state.

It’s time to relegate history to history. Put the confederate flag away,