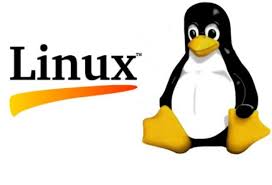 We’re on a little trip, with a few changes from the norm. First, we’re using the train for transportation, which we’ve done several times, and after that, either walking or the Metro. Since it’s already a variation on my usual theme, I am not using my regular notebook computer, but instead a vintage 2008 hand-me-up netbook computer. Netbooks are generally about half the size (or less) of a standard laptop/notebook computer and have smaller memory and disk capability. While the modest hardware is designed to support a user who relies on the Internet instead of the computer itself, by using Linux as the operating system (OS) you can pack a lot of capability into a very small package.

Linux, in case you don’t know is an open-source operating system—meaning that developers can modify it to meet their needs, within certain parameters. More significantly, that also means that it is free. LINUX is a rewrite of UNIX, a very powerful—but very expensive commercial operating system. UNIX was written by computer nerds for computer nerds; LINUX, perhaps more so, since its development is shared among many developers. Many of the systems that you may connect with via the Internet probably operate using Linux, yet your Windows based computer is able to interact seamlessly.

This version of LINUX—Ubuntu—has a graphical user interface similar to Windows with similar functions; LibreOffice offers includes a word processor, spreadsheet, etc., all of which are also free. To utilize its most powerful features, however, you use the command line method—kind of like the old Microsoft DOS.

The reason I took this computer is to encourage me to learn more about the more powerful features of Linux by working with the command line. Linux seems to be popping up more often, especially among geek toys and systems. The Raspberry Pi microcomputer runs on Linux (although Microsoft made a Windows 10 version for it once it became so popular). However, Linux tends to be more robust, use less memory, and run faster in most cases.

In any case, so far, so good. Sunday’s blog was written on this machine, and so is today’s. We’ve been too busy having fun for me to devote myself to learning command line LINUX, but I’ve learned some. Having fun and learning all in the same day? Outstanding!