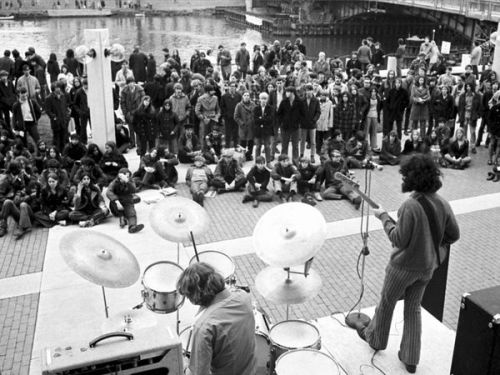 Earth Day, a most noble cause. As first proposed in 1969, it would have been celebrated for the first time on 21 March 21 1970—the first day of spring in the northern hemisphere. Instead, in the United States we started celebrating it with a teach-in* on 22 April 1970.

It was a different world, then:

Young men were being drafted, sent to war, and returned, only to be spat upon by their fellow Americans.

We were going to save the world, because we believed we were somehow different than every other generation that had come before.

Today? We no longer travel to the moon. We couldn’t build a Saturn booster if we needed to—we lost the plans. Instead, we buy rocket engines from the Russians. We did clean up the air, but along with an increase in CO2, the removal of smog contributed to global warming. Many of our lakes are cleaner—partly because of our efforts and partly because invasive species like zebra mussels happened to be filter feeders; they cleaned the water but forced out other species.

Did we fail? Yes. Did we succeed? Yes. We’ve done about as well as most generations and better than many. More importantly, did we try? Yes—and we’re still trying. That’s what really counts. Don’t stop.

* Back then everything was an “-in.” We had sit-ins, love-ins, and my favorite, Rowan and Martin’s Laugh-In.

This entry was posted in Philosophy. Bookmark the permalink.

One response to “Earth Day”