A Topic! A Topic! My Kingdom for a Topic!

I try to focus on the upbeat or at least the intellectual. Lately, that has been difficult. I have a wonderful blog written about my failure to get my Lowe’s extended warranty Whirlpool dishwasher working on a more than occasional basis, but who wants to read about that? 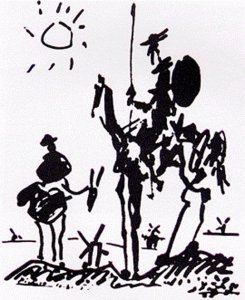 But, then again, Don Quixote saw Dulcinea—the perfect woman within Aldonza. Maybe, as we approach Hanukah, Christmas, and the Winter Solstice, we are being called to find, if not perfection, at least that glitter of gold in one another.

Now THAT would give me something great to write about.

One response to “A Topic! A Topic! My Kingdom for a Topic!”