I heard a great comment on NPR’s Fresh Air the other day. I believe it might have been Jake Tapper, but since the quote is wrongly attributed to Mark Twain (Samuel Clemens nom de plum), if I attribute it wrongly, so be it.

The comment was, “History doesn’t repeat itself, but it rhymes.”

A day or so later I read that Ford was no longer going to manufacture sedans, but would focus on trucks and SUV or crossover vehicles that look like this:

It’s kind of interesting that Henry Ford’s vehicles started out looking like this, 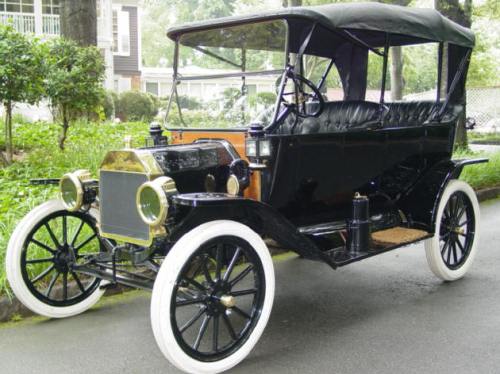 eventually evolving into this.

Notice any similarities in the body shapes? He might have been onto something a century or so ago.

Would repeat again, after a time.

The shape of his car proved to be fine,