Years ago, for Christmas, I had surprised my wife with an iPad–even though my son told me it was a waste, because she’d never use it. In actuality, she is rarely without it.

For Fathers’ Day, my wife surprised me with an iPad, and–except for at work–I, too,  can rarely be found without mine. So, where does that lead me? Why, things to see and read, of course.

Sometimes, I’m drawn to  a book, perhaps through its adaptation as a television series. For example, I happened to stumble across the series The Magicians on Netflix (although I understand it started on the ScyFy Network). I found it intriguing, albeit a bit hard to keep the characters sorted out. I watched all the episodes that Netflix had, which was apparently two of four planned seasons, and enjoyed them, but figured that there was more, and potentially better available.

In any case, I downloaded the three Lev Grossman Magicians books (one at a time, of course) and have read two and a half of the three over the last two weeks.

So what’s my point?

The images that appear in my mind when I read a story are–at the very least, so much more personal–and possibly so much more real than what any screenwriter, director, or actor could produce, no matter how talented thay are. Imagnation is so much better than reality.

Nevertheless, I appreciate and enjoy both the books and the videos. Thank you authors, screenwriters, actors, movie and television crews for such wonderful diversions.

I haven’t been writing much lately because it’s hard to find an interesting topic that won’t piss off someone, somewhere.

In the musical album Thick as a Brick by Jethro Tull, one of the first lines is “I can make you feel, but I can’t make you think.”

I endeavor to make people think, not to cause eruptions of angst, fear, repulsion, or whatever. Emotions are a beautiful thing and when I write stories, I count on connecting with people’s emotions. However, this blog is to elicit thought.

Why do I differentiate?

When I’m angry, concerned, anxious, stressed, or, whatever, I do not think clearly. When I can at least control those emotions, I can think clearly. I do not wish to disrupt others’ ability to think.

Some of the most dangerous statements begin with the words, “All you have to do is . . . .”

This is the mark of a Good Idea Faerie. Their approach has a number of advantages:

There’s only one way to handle them. Respond with, “That’s a great idea!” as you take a notebook or smartphone out of your pocket and ask, “How long will it take you to do that? I’ve made a note of it for my calendar and will check with you periodically to see how you’re progressing. This will be great, and I can’t think of anyone better to make it happen. Thank you so much.” Look at your note, “How about I check back with you on [fill in the date].

At the first available opportunity, announce loudly to the rest of the group, “Hey, everybody! Let’s have a round of applause for [Insert Good Idea Faerie’s name here] who is going to [fill in their idea] and has committed to having it done by [insert date here].”

A word to the wise–don’t let them interrupt you while you’re doing this. If they try to, feign deafness, and just keep on talking. 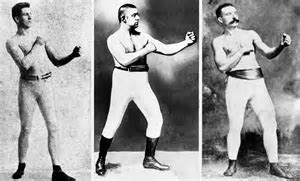 The big thing today is bare-knuckle boxing–a throwback to the days when women were expected to stay home, and prohibited from voting; when horse manure in the street was normal and every house smelled like stale cigars, and brass spittoons (or tin cans for the less affluent) were standard furnishing.*

As a philosopher-at-large, I should claim that this was fully expected, but unfortunately, I was blinded by my faith in the human species. Sorry about that.

Honest disclosure–I never thought two people trying to beat each other up was entertainment. I was never a fan of schoolyard bullies, bar fights, gang fights, or boxing. I never watched professional wrestling–even though we all know it is choreographed ballet for muscle-bound males.

In any case, at a time in which everyone over the age of three has their own smartphone; when cars drive themselves with the same skill as humans (“Lookout, we’re gonna crash and die!”); we have suddenly become fascinated with 19th century sports.

Don’t get me wrong, The 19th century gave us many things, including, including some of the best paintings, sculpture, and literature. Fisticuffs, on the other hand, is not on my list of positive accomplishments.

However, we seem to have an overdeveloped fascination with beating one another senseless.

How weird is that?

* I remember the tin can behind the couch at my grandparents’ house—–yuck—–never mind.