This blog is written from the perspective of a Christian, with no intended slight to my friends and readers of other faiths.

It’s highly likely that Jesus was not born on December 25th. In fact, we have no evidence as to what His birthday might be. Early Christians were not historians and shared their thoughts to convey the theological message rather than to chronicle events as journalists. Many, if not most, early Christians expected Jesus to return during their lifetime, so they saw little reason to record an accurate history.

It’s only fair that we don’t know Jesus exact birthday. Those who came before His birth didn’t know when He would come, so it puts all of us in the same boat.

Did Christians co-opt a midwinter pagan festival? Probably. I think it was an early form of ecumenism. The word gospel means “Good News,” and shutting down peoples’ holidays would not be perceived as good news. Instead, additional content was added to the existing event.

So in that same spirit, enjoy a wonderful Christmas, Hanukah, Kwanzaa, Winter Solstice, or any other holiday you can find between now and New Years.

Oh, and here’s another interesting fact about Christmas. Many people take offense at it being referred to as Xmas and see it as removing Christ from Christmas. Actually the X is not an X. It is the Greek letter chi, the first letter of the Greek word Christos–Christ. 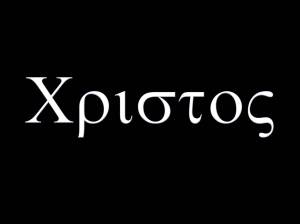