Writing In the Dust

I picked up a copy of National Geographic’s special publication about Jesus. I’m always trying to learn just a little bit more about Him.

I learned something that I didn’t expect.

They pointed out how He left behind no writings or other historical evidence. We know He wrote, but it was in the dust.

He may not have left anything tangible behind, but what He did leave behind was powerful.

Salvation. The fact that God loves us. A new relationship with God.

Jesus wasn’t about Himself – He was about the message. 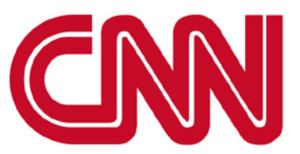 I confess, I was weak. I saw the story on CNN about “Famous Atheists and Their Beliefs” and after ignoring it for several days I peeked.

Look, I also confess that we believers make fools of ourselves and one another. Christians despised Jews for centuries, conveniently forgetting that the early Church met in the synagogues. That before Paul got knocked off his horse on the road to Damascus Christian membership was limited to Jews. That the Apostles were all Jews, and, oh by the way, Jesus was a Jew, of the House of David and He was the Messiah promised to the Jews.

After the schism, Protestants aired their grievances (and very legitimate grievances they were) about the Catholics. As time went on, the various flavors of Protestant began to differentiate from one another and rejected each other for reasons real and imagined.

And then there are the Muslims; sons of Ibraham, whom we call our ancestor  Abraham. They suffer as much infighting as Christians, and suffer lunatics who have successfully hijacked the title if not their beliefs.

The Atheists seem to have a solidarity with all not believing in the same thing and supporting each other’s disbelief. The believers, on the other hand, are not nearly as supportive of one another.

Maybe we believers should agree on a few things:

We won’t see an article about “Famous Believers and What They Believe.” But as believers, we don’t need to.