My How Things Change

The United States Constitution is a marvelous document–a framework for what was a radically new form of government in 1787–but a living document that has changed with the times. 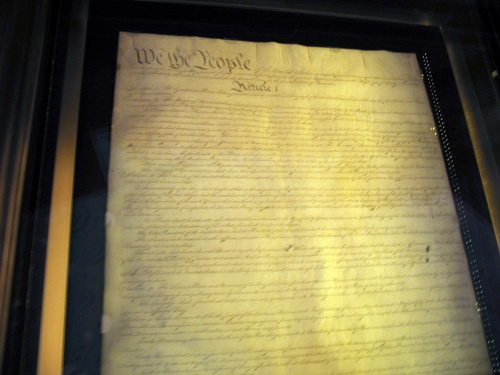 And the times have so changed.

After the war, General Washington appeared before the Continental Congress to return his commission to them. He had done his duty, and no longer needed or wanted the rank of general and handed the paperwork that had made him a general back.

Initially, there was a populist movement to make Washington king. He would have no part of that. There is a place in the Capitol Building that was intended to be his crypt, but he had left clear instructions that precluded his internment there.

Often, he closed his correspondence with “Your obdt (obedient) servant, George Washington.”

Regardless of your political views, it is reassuring that our nation is not based on birthright, caste, or class, but on a set of ideals laid out in the Constitution. It is a set of ideas that bonds Americans together.