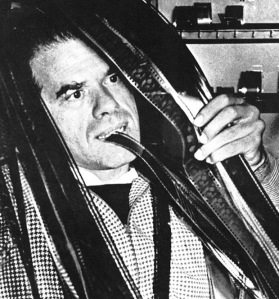 I happened to run across some information about Frank Capra the academy award winning  motion picture director. You may know him for “It’s a Wonderful Life,” starring Jimmy Stewart and Donna Reed – a Christmas staple. If you grew up in the fifties or sixties you may also have enjoyed a reprieve from your science textbook to watch the sixteen millimeter films “Our Mr. Sun,” and “Hemo the Magnificant,” also directed by Frank Capra.

Capra came to America from Italy at the age of six, and was the embodiment of the American dream.

He believed in democracy, freedom and that man could and should do good.

Toward the end of his career he regretted the film industry’s attitude of anything for a buck. He abhorred its reliance on shock to attract audiences. He condemned its focus on nudity, violence and especially in dredging up the evil in men.

Today, almost all media has taken this path. Cable television. The Internet. The “News.”

I understand that evil is in this world, but things become evil when the goodness is removed, just as we have darkness when the light is removed.

This world as God intended was created good. Fortunately, there will always be people who aspire to do good; who try to treat others with respect; who value decency, and freedom, and who see the good in the world and their fellow man. Who try to fill the void of evil with good.

Frank Capra was one such man.