Thoughts on the Day after Christmas

It’s December 26th – Boxing Day in Great Britain, as well as Australia, New Zealand and Canada. In the US it’s a big day for returning unwanted gifts – mainly to recover the money to take advantage of the big sales. For the most part, among us guys, unless it’s tools or gadgets, we take a pass. 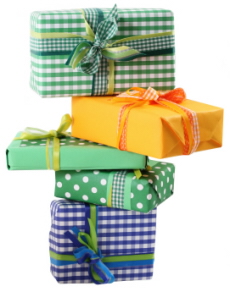 The Catholic Church celebrates today as the feast of St. Stephen the Martyr. In my case, St. Stephen is both my patron saint, and I happen to belong to St. Stephen Martyr parish.

No – I didn’t get any gifts due either to Boxing Day or St. Stephen’s Day.

In some areas of the country today they’re getting snow. Where I live, we’ve gotten a lot of rain; the backyard looks like a lake. With snow you have grey skies, but the newly fallen snow looks white and pristine and makes things look brighter. With rain it’s all grey. However, you don’t have to shovel rain.

Yesterday our daughter came down with the flu, truncating the celbratory activities and necessiatating a trip to the local “Doc in the Box” for a diagnosis and Tamaflu. Merry Christmas! Don’t come over to our house unless you want to get sick!

Today I had to run to the store for various miscellaneous and sundry of which we had run out. I always try to be extra nice to the clerks this time of year because I worked retail many years ago and still remember how some customers can share their frustrations with the retail staff. This year it seems like most of the retail people outdid my efforts. They were very customer service oriented – both before Christmas and after. This was true of the discount stores, specialty stores and even the convenience stores. Over the past few years I would have thought that those with jobs would have been grateful, and now that things are improving, that attitude would have tapered off. Instead, I think that people are more optimistic and that moves them to a positive attitude.

Hope wins out over gratitude. Given that Hope is a divine gift, that really shouldn’t be a surprise.

As for me, I hope everyone had a great Christmas and is enjoying Kwanzaa, preparing for the New Year, Festivus or the Holiday season in general.