Why, you are probably asking, am I so fascinated by radio? While the media’s use of radio, television, and social media sensationalizes and encourages controversy, argumentativeness, and even violence, I find that focusing on the technical application of physics is far more enjoyable.

Back in the day, you could take things apart to see how they worked, and even try putting them back together. A mechanical alarm clock that was headed for the trash is a perfect example–all those gears. It was expected that when you tried to put it back together, there would be pieces left over, but it still gave you some idea as to how it worked–and that was without a Youtube video to explain it. Then there was the other direction–building things–anything–not huge projects, but small and interesting ones. 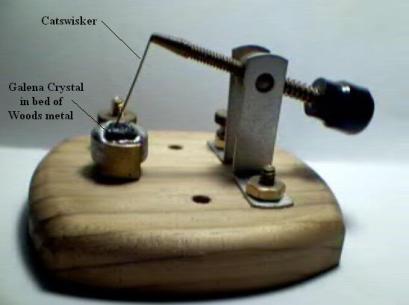 Did you ever  build (or even see) a crystal radio? A length of wire for an antenna, a second wound around a tube (such as a toilet paper tube), another wire connected to a ground—such as the center screw in an electrical outlet a galena crystal, and a set of headphones. By moving a flexible wire around the crystal, it is possible to tune in a station. In the Second World War, soldiers would build a “fox-hole” radio using a razor blade as the crystal and a pencil lead for the cat’s whisker. When I built my first crystal radio, I began to understand how a basic radio receiver works and was hooked. 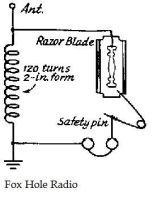 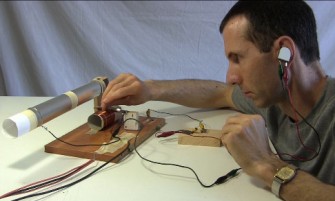 I built my first computer, which arrived in the mail and consisted of a circuit board and a plastic bag full of parts. It initially had 256 BYTES of memory and had to be programmed using hexadecimal numbers (that’s where you count 1, 2, 3, 4, 5, 6, 7, 8, 9, A, B, C, D, E, F, 10). By the time I was done with it, it had 8 kilobytes, stored programs and data on cassette tapes, used a mechanical teletype and I programmed it using “Tiny Basic.”

Could I build a smartphone? No, I cannot, but then neither can you. I do, however, have a conceptual understanding—and can explain—how the various parts of a smartphone work and how those parts are integrated. When I’ve asked my kids if they understood how theirs worked, their expression seemed to indicate wonderment as to why anyone would ever want to know.

There’s hope, though, through the MAKE movement, which encourages young people–especially girls–to build, modify, and experiment. I hope they enjoy it. Al I can say is that over the years, my interest in radio and the electromagnetic spectrum has caused me to learn, but more importantly, to think.